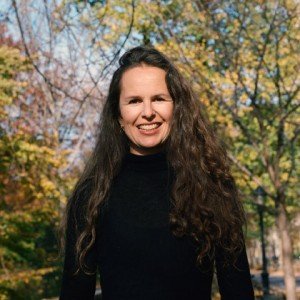 Pray the Devil Back to Hell
Producer

Johanna Hamilton co-produced Pray the Devil Back to Hell the gripping account of a group of brave and visionary women who demanded peace for Liberia, a nation torn to shreds by a decades old civil war. It premiered at the 2008 Tribeca Film Festival where it won the Grand Jury Prize for Best Documentary, and was later short-listed for an Academy Award. It has been shown at hundreds of festivals and grassroots screenings all over the world. In fall 2011, it spearheaded the PBS mini-series Women, War & Peace. The series won the Overseas Press Club Edward R. Murrow Award for best documentary. She has produced non-fiction programs for PBS, The History Channel, A&E, Discovery Channel, and The Washington Post/Newsweek Productions amongst others. Johanna began her career in the dramatic run-up to the 1994 first all-race elections in South Africa. She went on to work on the country’s premier investigative magazine program, Carte Blanche. She has worked all over Africa, Europe and North America and received numerous awards for her work. She is an alumnus of the Garrett Scott Documentary Development Grant and the Sundance Documentary + Composers Lab. Johanna is a graduate of the University of London and holds an MA in Broadcast Journalism from New York University. 1971 is her documentary feature debut.